When I was a kid, I remember going to football games every weekend. I remember reading illustrated comics during school and attending acrylic painting lessons once it was over. I remember travelling to France, to Germany, to Italy, collecting stamps in my passport as if they were plentiful pieces of memoir emblematic of every children’s childhood.

But when we showed these stamps to elementary school children in rural JiaXing, China and asked the question where have you been?, the response was one that differs from yours or mine. One child said: “I’ve never been outside of JiaXing”. 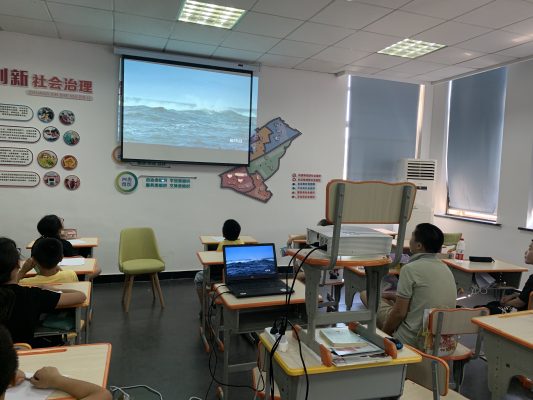 On August 10, four Stepping Stones volunteers began our one-week stay at a summer camp for disadvantaged children in JiaXing China. Tasked to teach English, programming, and design thinking along with empowering children through life-skills and arts & crafts, we were brought into a room where 12 children were waiting for us in their seats. The seats were lined up, four rows by five columns, each paired with a desk that was as big as two pieces of A4 paper. As I walked into the second classroom, a gush of humidity pervaded the space, as the air conditioner struggled to cope with the 35 degrees Celsius summer heat. 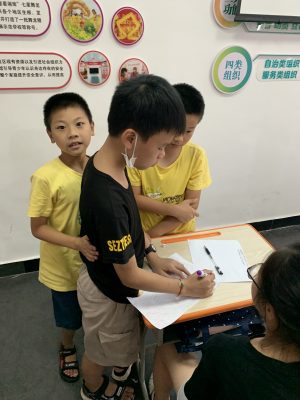 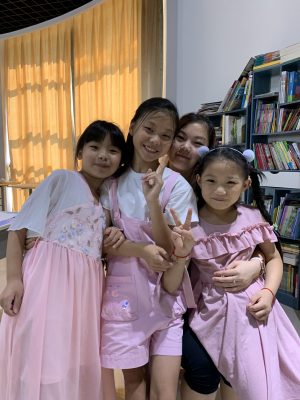 As a volunteer, my role was to teach English to kids whose abilities varied from not being able to read the alphabet to being capable of producing responses to questions that weren’t even being asked. Naturally, the process was difficult. Some kids were loud, some kids were shy, and some were inattentive. However, with just the right amount of patience, instruction, and humour, we were able to get their attention and, in the right circumstances, interest, to learn a language even admittedly difficult for myself. 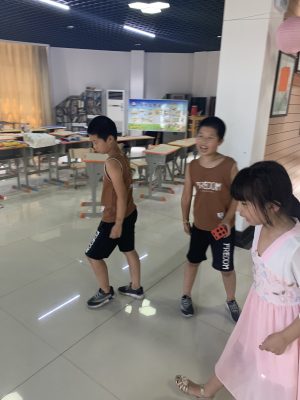 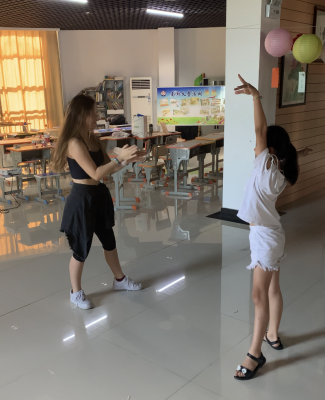 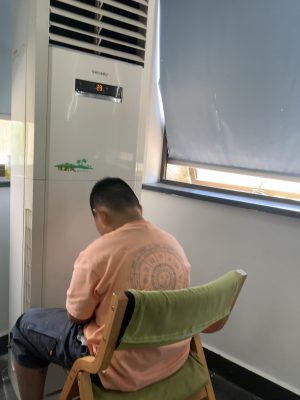 Not everyone enjoyed English however. There were two twins, Max and Nick, who were crumbling paper during every class, with little attention nor interest for learning English. They loved standing in front of the projector, playing with our computers, and most of all, stacking chairs next to each other to build a fortress that they would brag about with great pride. And there was another kid, strangely, also called Max, who would spend class time sitting underneath the air conditioner, basking in the cold 16 degree air propelled in full power, attentively reading the book in his hands. Finally, there was Annabelle, an adamant student but even better dancer, whose jumps and turns impressed even volunteer Rachel, who has dedicated her life to ballet. 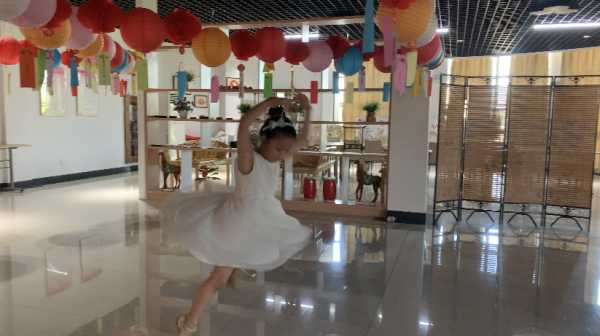 Max, Nick, and Annabelle has taught me that every child is different, with different interests, different strengths, and different ways of approaching learning – and to engage them by standing in front of a white board would be doing a disservice to their unique talents, passion, and creativity that is waiting to be cultivated by the proper encouragement and meaningful opportunity. I left the twins alone in their fortress, Max to his reading, and Annabelle and Rachel to their dancing, as the chaotic jumping blended beautifully with Tchaikovsky’s Dance of the Sugar Plums, for that I know the greatest gift you can give a child is the freedom of expression. 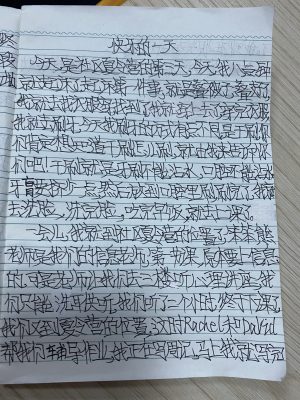 Beyond these lessons, it was the little moments scattered throughout the week, day, and minute that has imprinted a profound impression upon me, one that I will undoubtedly carry with me for a long time to come. Coming from an affluent international community, I was taken by surprise when I opened their workbooks – their papers were thin, questions were bland, and pages lacked the beautiful illustrations found in my textbooks, printed in colour.

11:30 AM means lunch time. As their class ended, the children would jump off their seats and leap towards their food. Some would take lead and attempt to carry an entire bag of lunch boxes, keeping their balance as they stumble down the hallway trying to keep their little heads above the bag. Once they’ve devoured their food, some would throw dice, some would blow balloons, some would play musical chair, some would make bracelets, while Max would continue to sit underneath his air conditioner, all done with a big smile on their face. Despite their hardships, the children inspired me with their passion and enthusiasm for life. 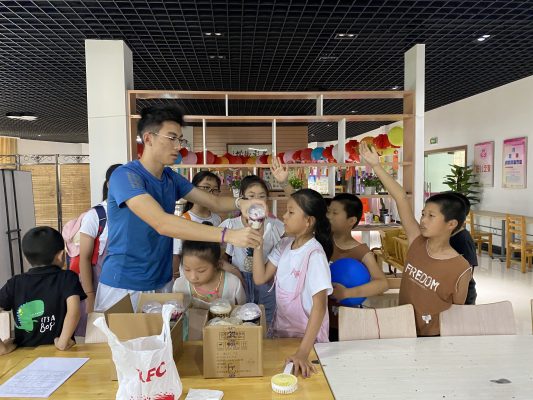 Over the course of the week, the children and volunteers have developed unexpected friendships. Moments of sharing, of laughter, and of kindness has left us with a sense of trust and gratitude for each other’s presence. When we were making balloons, Annabelle and her friend Lola approached me and handed me two, one blue and one white, and said “David! We made balloons for you!”. Rachel and I also received handwritten cards, that wished us success and happiness in our endeavours. As the week came to a close, it was time to say goodbye – a surprisingly difficult one to say the least. To give a little, the volunteers and I ordered 28 cups of ice cream for the kids, whose faces lit up when they heard there was blueberry and chocolate boba. The children came up to us with their cups licked clean, gave us hugs, and asked for our signatures. It is crazy how far a little bit of dedication, patience, and kindness can go, for one can never expect how much kindness and loyalty children are capable of giving.

When I open my passport and look at the stamps today, I cease to see them as plentiful. I don’t see them as symbols of adventure, of wonder, of childhood. I see these stamps as privilege. I see these stamps as an indication of the fortune I’ve had to experience, and the sorrow for Max, Nick, Annabelle, Lola, and hundreds of thousands of kids around the world who can’t. I see these stamps as a call to duty, a responsibility, for us to give back and help those who aren’t as fortunate as we are. It is an inequitable world that we live in, and much is expected from those to whom much has been given.